The Australian dollar, paired with the US dollar, continues to attack the 70th figure. This resistance level is hard to deal with – the AUD/USD pair has been trying to break through the level of 0.7000 with enviable regularity for almost a week now, but it returns to the 69th figure each time. Yesterday, another attempt was made – customers updated almost a year high, reaching the level of 0.7065 – the last time the Australian dollar was at such price heights was in July last year. As you can see, the Australian currency, despite a certain load of negative factors, retains the potential for growth, but the contradictory fundamental picture does not allow the pair’s bulls to consolidate above the key resistance level.

It is worth noting that the current downward pullback of the AUD/USD pair is not only associated with the general strengthening of the US currency. The fact is that during the Asian session in Australia, a report was published on the prospects for consumer price inflation. This report is compiled by the Melbourne Institute and is a pretty good indicator of assessing current household moods regarding inflation. Today, it entered the “red zone”, reflecting the negative dynamics, while experts planned to see signs of recovery processes. In May, this figure reached 3.4%, and according to the general forecast, it is expected grow to 4.2% in June. However, the indicator continued its downward movement, dropping to the level of 3.3%.

This fact had a rather mild, but still pressure on the Australian dollar. In general, the indicated currency is in between a political conflict between Australia and China. Let me remind you that in early May, Australia called for an independent investigation into the causes of the spread of coronavirus. This proposal was supported by more than 120 countries, but at the same time, it was received “with hostility” by the Chinese side. Beijing accused Australia of a political attack on China. After that, the political conflict turned into an economic one: China suspended beef imports from Australia’s four largest meat processing plants and sharply increased duties on barley. In addition, the Chinese Ambassador said that Chinese consumers may boycott Australian products if Canberra continues to press for an investigation. The Australian authorities are trying to resolve the conflict, but the Chinese side has not yet made contact: earlier this week, Trade Minister, Simon Birmingham, who has been offering China to hold negotiations on trade tensions for several weeks, said that Beijing ignores his requests. 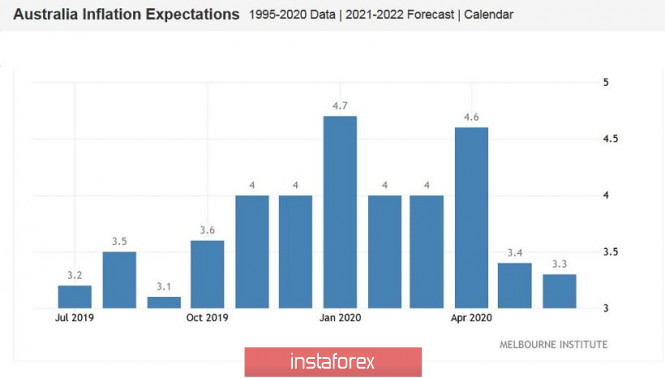 Moreover, China’s representatives decided to increase pressure on Australia. Thus, representatives of the Ministry of Education of China called on their students to reconsider their trips to Australia “because of a series of cases of discrimination aimed at people of Asian descent” (in other words, racism). A statement from the agency said that during the peak of the pandemic in Australia, there were numerous cases of discrimination against people of Asian descent, including against the Chinese. It should be noted that this call was made only now (and not during the peak of the epidemic), so it should be viewed through the prism of deteriorating relations between countries.

The Australian side has already responded to Beijing’s allegations. Australia’s Secretary of Commerce bluntly stated that his country’s economy would suffer if Chinese students did not return to Australian universities. An analysis by scientists from the University of Melbourne showed that at least 7 Australian universities are currently at “high financial risk” and may face a crisis due to a decline in the number of international students.

Such a fundamental background does not contribute to the conquest of the 70th figure. The resolution of the Australian-Chinese conflict is a prerequisite for the further development of the upward trend. As an alternative, a significant weakening of the dollar can be allowed, but even in this case, the growth of AUD/USD will be unreliable, especially above 0.7000. Any signals of an escalation of the political conflict will return the the AUD to the 69th figure.

Thus, the Australian, on the one hand, retains its potential for growth – if we ignore the above political conflict, then almost all factors speak in favor of the upward trend of AUD/USD (the position of the RBA, the dynamics of key indicators, the growth of the commodity market). But on the other hand, tensions with China level out all optimism regarding the Australian dollar. Therefore, before resolving this “case”, the AUD/USD pair is most likely to be traded in a flat, particularly in the range of 0.68-0.70. Against the backdrop of the strengthening of the US currency, we can now consider short positions with the first downward target 0.6840 (Tenkan-sen line on the daily chart). If we consider the long-term time range, here the pair retains its upward prospects – on D1, the price is still between the middle and upper lines of the Bollinger Bands indicator and the Ichimoku indicator still shows a bullish signal “Parade of Lines”.