The bullish movement of the quotes yesterday was 300 pips, which indicates the strength of the buyers. Any fall of the pair should be considered as an opportunity to enter buy positions, since the probability of updating the weekly high is 75%, which makes long positions profitable.

The most favorable levels for buy positions are within the limits of the WCZ 1/2 1.3524-1.3509, a test of which will be decisive for the bullish impulse.

Today, the pair is trading within the average weekly move, which increases the likelihood of a downward correction. The fall will occur against yesterday’s strong movement, so entering sell positions is quite risky. Instead, use the drop as an opportunity to find a favorable level for buy positions in the trading instrument. 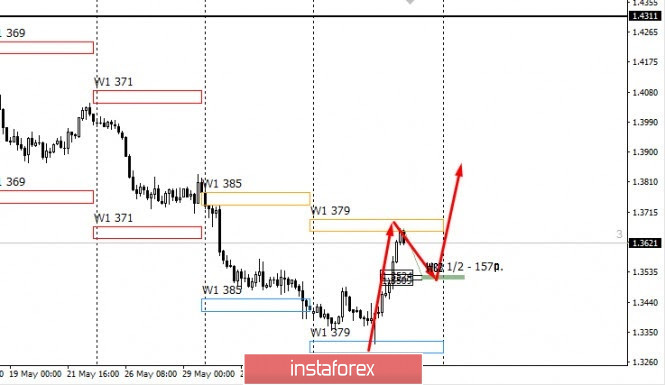 Monthly CZ – monthly control zone. The area that reflects the average volatility over the past