The pair is currently trading below the average weekly move, making it possible for the quotes to return to the level of 107.75. There is a 90% chance of achieving such a scenario, so taking buy positions are highly recommended. In addition, the monthly control zones have already been tested, so a bullish movement is very likely.

If the fall resumes from the current levels, an alternative scenario will develop, in which the WCZ will be tested, leading to a 100% implementation of a bearish movement. Such will give huge opportunities to find favorable levels for buy positions, which will return the quotes to the level of 107.75. 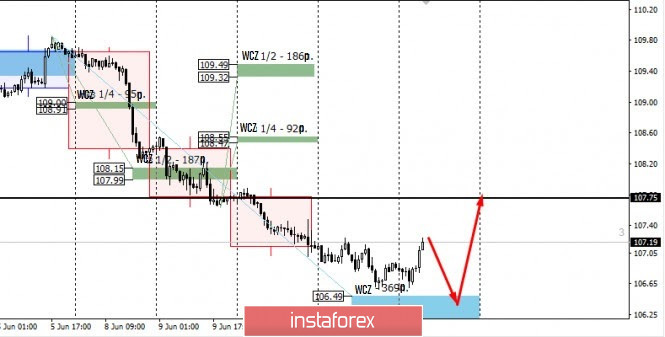 Monthly CZ – monthly control zone. The area that reflects the average volatility over the past year.