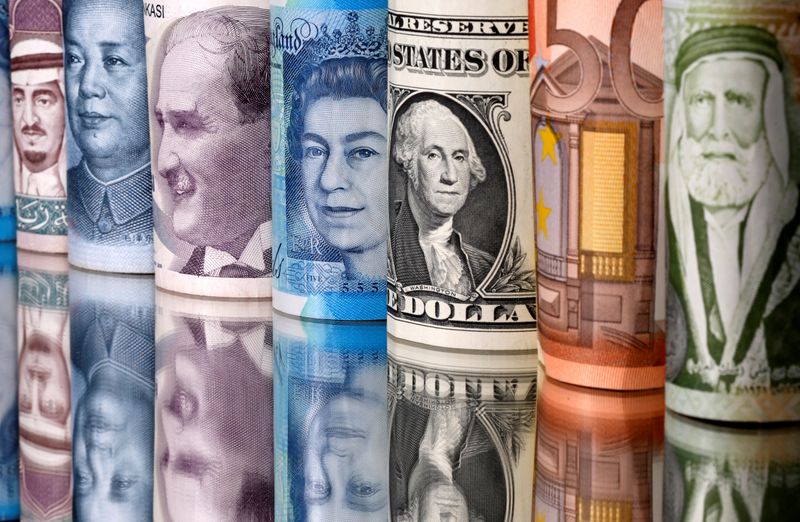 TOKYO (Reuters) – The dollar was poised to extend gains against major currencies on Monday after the U.S. jobs report at the end of last week showed the nation’s labour market is recovering from the impact of the coronavirus shock.

The focus now shifts to data on the U.S. services sector due later on Monday, which is forecast to show an acceleration in activity that could further encourage dollar bulls.

In January-March the dollar posted its best quarter against major currencies in almost three years thanks to an improving U.S. economy and rising Treasury yields.

The U.S. currency is likely to build on those gains as investors look for ways to bet on a global economic recovery from the worst of the coronavirus pandemic, analysts said.

“I thought there would be a correction lower in the dollar, but that didn’t happen,” said Masafumi Yamamoto, chief currency strategist at Mizuho Securities.

“The dollar’s upward trend is very strong. In the new quarter perhaps the best thing for investors to do is to just follow this trend.”

The dollar was last quoted at 110.63yen, not far from its strongest level in a year.

Against the euro, the dollar traded at $1.1765, which is close to a five-month high.

The U.S. economy created more jobs than expected in March, data showed on Friday. However, there was scant reaction in currencies as most major stock and bond markets were closed for Easter holidays.

Trading could be subdued again on Monday in Asia as financial markets in Australia, China, and Hong Kong are also closed, although the bias is for the dollar to strengthen further, analysts said.

A survey from the Institute for Supply Management due later on Monday is expected to show U.S. non-manufacturing activity expanded at a faster rate in March, which could underpin the greenback on its forward march.

The against a basket of six major currencies was little changed at 92.973,