The European Central Bank more than met the expectations of EUR/USD bulls. Let me remind you that in anticipation, market participants decided that the ECB’s June meeting regarding the expansion of the Pandemic Emergency Purchase Program (PEPP) is today’s main intrigue.To date, the European regulator has spent 210 billion euros out of 750 (that is, less than a third), so it could well afford not to rush to further decisions on this issue, postponing the consideration of the extension of PEPP to the July or September meeting. Another argument in favor of maintaining a wait-and-see attitude was the weakening of quarantine measures in key European countries. At the current pace of spending, the 750 billionth volume of the program would have been used up only in mid-October. That is, Christine Lagarde could wait until the end of the summer, assessing in September the need for additional infusions.

By and large, there was no extraordinary need to expand PEPP at the June meeting. But the whole catch was that the market expressed general confidence that the ECB would allocate an additional 500 billion euros, as if repaying the unrest in this regard in advance. Solomon’s solution would be to expand the program by 250 billion while prolonging its validity for next year.

Any “half measures” and especially the wait-and-see attitude on the part of the ECB would allow the bears to seize the initiative and direct the price to the support level of 1.1100 (Tenkan-sen line) on the daily chart.

But it turned out differently: Lagarde not only expanded the PEPP, but also exceeded even the most optimistic expectations, increasing the program by 600 billion euros. In addition, the head of the ECB extended the program “at least until June 2021”. In other words, the most optimistic scenario for the euro was realized today, and this fact made it possible for EUR/USD buyers to update their three-month price highs, settling in the 13th figure.

All subsequent pessimistic comments of Lagarde were simply ignored by traders: the market has long been aware that the second quarter’s performance will be worse than the first, and the recession in the eurozone economy is unprecedented. Traders played back this pessimism last month, and now their eyes are on the future – in fact, they are only interested in one question: how quickly can the eurozone economy recover in the second half of the year? Any information that indicates the support of reconstruction processes by the authorities or financial institutions pushes the euro up. Given this disposition, it is not at all surprising that the pair is now showing an upward momentum, conquering the 13th figure. 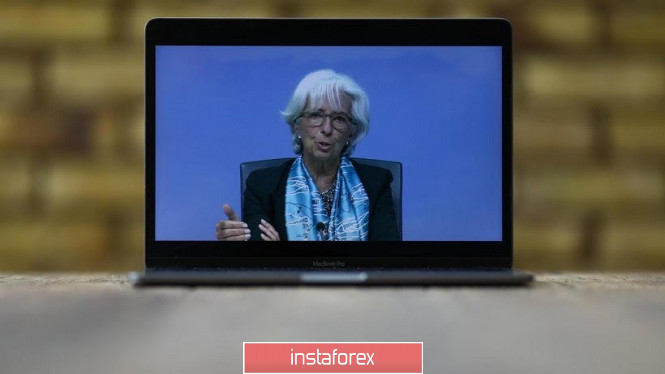 After all, the euro is growing not only at the decision of the ECB – Germany also helped the pair as it just agreed on a package of incentive measures for 130 billion euros, which includes reducing the value added tax from 19% to 16%. The preferential VAT rate will also be temporarily reduced (from 7% to 5%). In addition, German families will receive a lump sum payment of 300 euros per child. From 2021, due to state subsidies, electricity prices for the population and business will be reduced; subsidies for the purchase of electric vehicles will increase, and billions of dollars will be invested in the Deutsche Bahn railway company and public transport. The incentive package also includes additional assistance for the sectors most affected by the pandemic – first of all, we are talking about the tourism and restaurant business. And this lists only key measures: in general, the approved document consists of 57 points.

The euro is also supported by the European Commission’s anti-crisis plan, which is now worth 750 billion euros. Here, however, things are not so smooth: Austria continues to oppose this initiative, demanding a review of the conditions for the funds provided (to replace subsidized assistance with loans). But EUR/USD buyers are still looking at this problem through their fingers. There is some certainty in the market that they can still convince Vienna. The main argument in favor of this version is the position of Germany, which supported the plan of the head of the European Commission.

Thus, the euro-dollar pair retains the potential for its further growth in the medium term. Nevertheless, one should be careful with purchases now – after such impulsive price spikes, a correction usually follows, up to the mark of 1.1270. Therefore, do not jump into the outgoing train. But in general, the euro received an additional trump card today, which will fuel investor interest in the single currency.

From a technical point of view, priority is also given to the growth of EUR/USD, and on all the higher timeframes – H4, D1, W1 and MN. So, on the daily chart, the price exceeded the upper line of the Bollinger Bands indicator, and the Ichimoku indicator formed a bullish Parade of Lines signal. The weekly chart also shows the priority of the growth scenario: the pair also broke the upper line of the Bollinger Bands indicator, and the price is above the Kumo cloud. The monthly chart indicates that the price is between the middle and upper lines of the Bollinger Bands indicator – that is, subsequent growth can be of a larger scale – up to the level of 1.1400 (Tenkan-sen line on MN). If the pair stays within the 13th figure at the end of the day, we can consider long positions to this resistance level.