Home » Forex Technical Analysis » EUR/USD. Preview of the week: Lagarde's speech in the EU Parliament, US inflation and Fed's meeting

The euro/dollar pair started the week cautiously: traders traded on the inertia of Friday trading during the Asian session on Monday, which ended not in favor of the single currency. Moreover, unexpectedly strong Nonfarms returned the EUR/USD bulls from a three-month price high of 1.1384 to 1.1291 (Friday’s closing price).

Today, sellers are trying to develop a downward movement, although in order to break the trend, they need to organize a “March” of more than a hundred points down to the level of 1.1160 (Tenkan-sen line on the daily chart) – only when this target is broken through, it will be possible that the upward prospects of the pair has faded. In the meantime, we are seeing a downward correction after a two-week almost recoilless growth. We can say that the correction is what we asked for for a long time, but there was no good reason for it, and almost all fundamental factors played against the US currency. But the data release last Friday was an ideal reason for the correctional decline. The published values allowed the EUR/USD bears to remind themselves. However, in my opinion, the sellers of the pair will not be able to fundamentally change the situation on the market, especially in light of the upcoming events of this week.

Now, if we talk about today, then all the attention of traders will be directed to Christine Lagarde, who will discuss the report to members of the European Parliament Committee on Economic and Monetary Issues. Since the topic of the report is directly related to monetary policy, the market will show particular interest in it. Let me remind you that according to the results of the last meeting of the European regulator, the EUR/USD pair received significant support: the ECB exceeded the expectations of most experts, expanding the stimulus program immediately by $ 600 billion. At the final press conference, Lagarde noted an unprecedented decline in the eurozone economy and a high degree of uncertainty. According to her, the latest indicators indicate a slight recovery in the economy, but this recovery is still negligible compared to the decline. According to the general opinion of the European regulator, a full recovery will begin in the second half of the year, unless the second wave of the epidemic follows. It is very likely that we can assume that the head of the ECB will repeat the rhetoric already voiced today. In this case, the market will ignore its speech.

On Tuesday, June 09, the macroeconomic calendar will be almost empty: during the European session, the final assessment of the eurozone’s economic growth for the first quarter will be published, but according to the general forecast, this indicator will not be revised downward. During the US session, US labor turnover data is expected to be released from the Bureau of Labor Statistics. This indicator measures the level of open vacancies among the private sector at the end of the reporting month, adjusted for seasonal factors. However, this indicator can only indirectly affect the euro/dollar pair, especially after the release of Friday Nonfarms.

The most interesting events of the week will be revealed on Wednesday. At the start of the US session, data on inflation in the United States is expected to be published. A negative trend is expected here: in May, the general consumer price index should reach zero (on a monthly basis), and it should slow down to 0.2% in annual terms. Core inflation, in turn, should show similar dynamics: zero growth in monthly terms and a slowdown to 1.3% in annual terms. It is worth recalling that according to the latest Nonfarms, salaries in May was seriously disappointing. The indicator of average hourly wages in April showed a distorted picture – the numbers increased strangely due to the excessive loss of work by low-paid workers and their lower wages (and not because of the general increase in wages). However, in May, the release showed the true picture: the indicator crashed into the negative area on a monthly basis, and immediately to -1%. A decline in wages will inevitably affect inflation and it is likely that it will be in the May release. 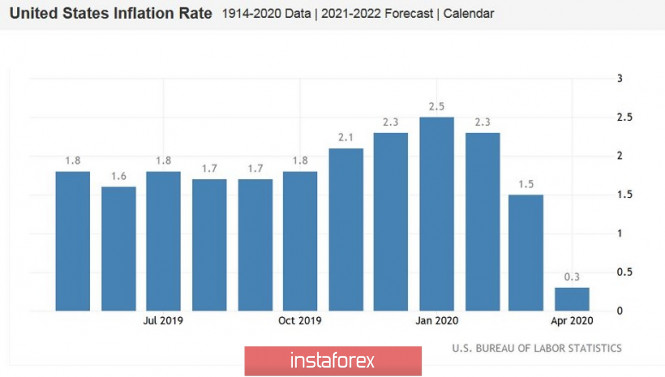 In addition, Wednesday will be the central event of the week – the Fed’s June meeting. Let me remind you that the last speech of the head of the Federal Reserve left a rather mixed impression. Jerome Powell spoke of a negative bet again. And although he rejected this idea once again, his rhetoric somewhat softened. He said that “information about the effects of negative interest rates look contradictory.” Earlier, he spoke more categorically on this issue, while he expressed a “mixed attitude” to a rate below zero during his last speech. We are talking about subtle changes in verbal formulations, but some currency strategists in their reports drew attention to this slight difference.

In addition, Powell repeatedly said throughout May that the Federal Reserve did not intend to limit quantitative easing – the regulator will buy as many government bonds and mortgage securities from the market as necessary. The Fed also launched several new lending programs. Amid the actions already taken, it is unlikely that the Central Bank will decide on any additional steps at the June meeting. According to the general opinion of the market, the Federal Reserve will take a wait-and-see position in June and refrain from specific signals on the cost of borrowing and redemption of assets for the future. At the same time, some experts surveyed by Bloomberg noted that the Federal Reserve may discuss control over the yield curve, but is unlikely to decide on the introduction of benchmarks for bond rates.

In other words, the June meeting is likely to be a “passing” one. But updated economic forecasts (which will be published for the first time since December) can put significant pressure on the dollar. The topic of negative rates is unlikely to be raised, but any mention can cause strong volatility, especially if the regulator does not exclude such a scenario even in a hypothetical context. 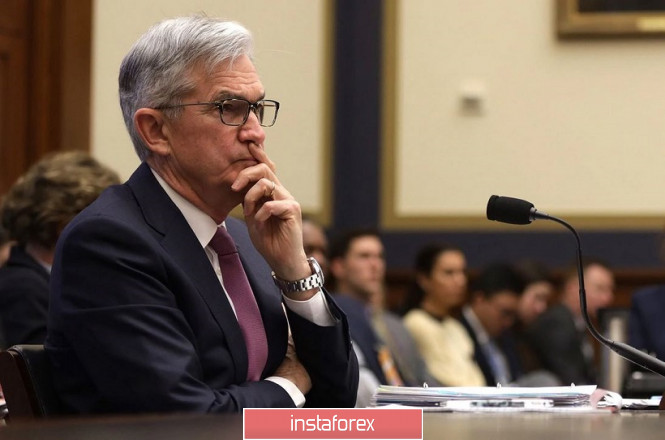 In the following days of the trading week (that is, on Thursday and Friday), the market will trade under the impressions of previous events. However, Thursday’s economic calendar isn’t completely empty: the US will publish the producer price index, which is an early signal of changes in inflationary trends. It has been steadily declining over the past three months, but the May indicator should exceed zero, demonstrating positive dynamics. If the index comes out again in the “negative zone”, this fact will put pressure on the dollar.

From a technical point of view, the pair on the daily chart is still between the middle and upper lines of the Bollinger Bands indicator, as well as above all the lines of the Ichimoku indicator, which still shows the bullish “Parade of Lines” signal. All this suggests that the pair retains the potential for its further growth, at least to the first resistance level of 1.1360 (the upper line of the Bollinger Bands indicator on D1).

Source: EUR/USD. Preview of the week: Lagarde's speech in the EU Parliament, US inflation and Fed's meeting