Home » Forex Technical Analysis » GBP/USD. We will live to see Monday: June 15 is an important day for the pound

Today in Britain, key data on the growth of the national economy were published. Despite the extremely pessimistic forecast, the real numbers were even worse. Indicators have gone far into the negative, reflecting the consequences of the coronavirus crisis. This result should have “sunk” the British currency – and especially when paired with the dollar, which in the past two days has shown growth throughout the market. But the pound held back. Moreover, during the day, the pair’s buyers even tried to develop a northern movement, which, however, quickly faded away. The lack of growth in GBP/USD is quite understandable – some of the UK’s economic indicators were the worst in the entire history of observations. But the lack of southern momentum in the face of such devastating figures, it is surprising. After all, traders did not even show a formal bearish reaction: immediately after the publication, the pair turned around and updated the high of the day, reaching 1.2653. Then the pair returned to its previous positions and even updated the daily low, but the pound still remained within the 25th figure and almost at the level of Friday’s opening.

What is the secret of such “stress resistance” of the British? The answer lies not in economics but in the political arena. Brexit once again became a kind of cushion for the pound, softening the reaction of investors. The news that Boris Johnson will still contact the leaders of the EU countries inspired the GBP/USD bulls, but against the background of extremely disappointing statistics, they could only save the pair from falling several hundred points down. In addition, British statistics are published with a clear delay – while it is June, we have learned the April figures – “greetings from the past”, so to speak. Let me remind you that April was the peak for the UK (and for the whole world) regarding the spread of the epidemic, and it was in April that the country went into quarantine, thereby freezing the economy. Therefore, the April figures a priori could not be in the “green zone” – traders were disappointed only by the depth of the fall of key indicators. It turned out that the real picture is much worse than expected – almost all the parameters went even further into the negative area, demonstrating a record decline in the economy.

Still, GBP/USD traders were in no hurry to open short positions. Brexit was on the scene again, which was able to switch attention to itself, drowning out somewhat outdated macroeconomic reports. The fact that at the end of May there was informal information that in a month, that is, in the second half of June, Boris Johnson will visit Brussels and will hold personal talks with the leaders of the EU countries and the European Union (in particular with European Commission, President of the European Council, and President of the European Parliament). But time passed, while Downing street continued to remain silent about the European voyage in question. Yesterday morning, unofficial information appeared in the press that the visit will not take place “due to obviously insurmountable contradictions between the parties”. Against the background of such rumors, the pound sank by almost a hundred points. However, it later turned out that although the face-to-face visit will not take place (apparently, the pandemic is to blame), Johnson will hold an online meeting, which will be attended by both EU leaders and the EU leadership. 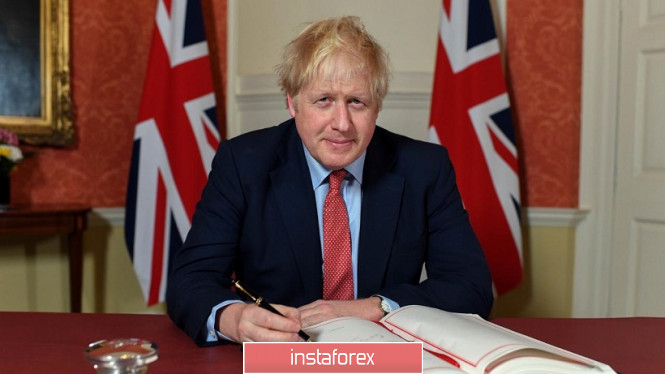 Let me remind you that the last negotiations between London and Brussels, which took place earlier this month, once again failed. The head of the British delegation admitted that there are no agreements between the parties on almost all issues – from fishing and agriculture to pharmaceutical regulations and tariffs. At the same time, he reminded that Boris Johnson does not intend to extend the transition period, and the negotiating deadline expires at the end of June. According to the head of the British government, by this time it will be clear whether further negotiations have any prospects or the country should prepare for a new format of relations, without a trade deal. This arrangement increases the role of face-to-face meetings at the highest level – according to many experts (both from the British and European sides), face-to-face dialogue, even in an online format, can give impetus to negotiations. As an example, analysts cite the events of last year, when Johnson was able to find a common denominator with Brussels, implementing the country’s exit from the EU. Similar results are expected from the current meeting – namely, a breakthrough in the negotiation process.

The online summit will take place next Monday, June 15. Therefore, now it is pointless to talk about the future prospects of the pound: the results of preliminary negotiations can dramatically “redraw” both the fundamental and technical picture of the GBP/USD pair. Therefore, trading the pound now is extremely risky – because when it comes to Brexit, all other fundamental factors for the GBP/USD go by the wayside. Therefore, we are waiting for Monday’s results.

Source: GBP/USD. We will live to see Monday: June 15 is an important day for the pound