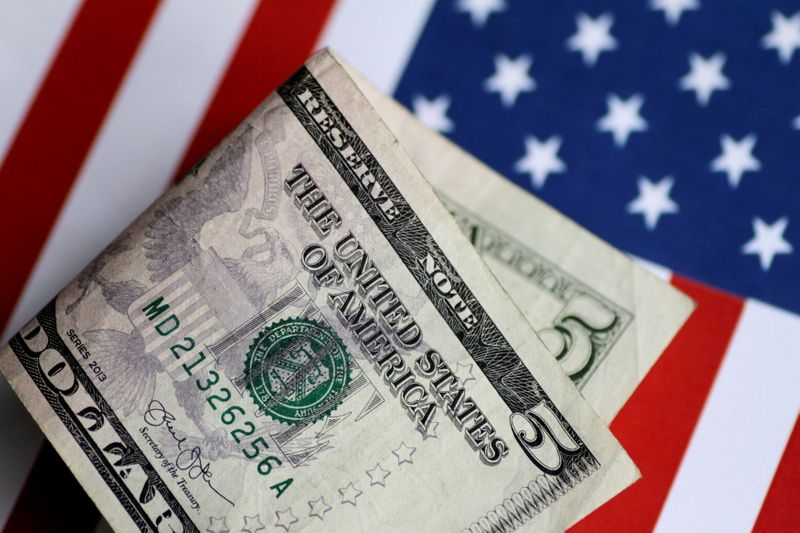 NEW YORK (Reuters) – Speculators’ net long bets on the U.S. dollar were trimmed in the latest week, according to calculations by Reuters and U.S. Commodity Futures Trading Commission data released on Friday.

The latest data marked only the third week since March 2020 that speculators reported a net long position on the dollar.

In a wider measure of dollar positioning that includes net contracts on the New Zealand dollar, Mexican peso, Brazilian real and Russian ruble, the greenback posted a net short of $1.92 billion, down from $2.88 billion a week earlier.

The dollar — which had rallied hard since late May on solid U.S. data and a shift in interest rate expectations, only to lose steam in recent sessions — rose sharply on Friday, after a strong U.S. jobs report.

For investors weighing improving economic data and a potential tapering of asset purchases on the one hand and worries related to the growing spread of the Delta variant of the coronavirus on the other, Friday’s data may help tilt the balance, said Michael Brown, senior analyst at payments firm Caxton in London.

“This should definitely swing the balance back towards the former, given how it will heighten expectations for a hawkish pivot from Powell at Jackson Hole, and raise anticipation for the September FOMC,” he said.