Everything should have been wrong, but Donald Trump managed to do everything possible so that investors began to panic even more, which, of course, negatively affected the dollar. The President of the United States, apparently, was tired of the ongoing street protests, which turned into massacre. Yes, such that the function of street lighting is performed by setting fire to cars and shops. So the head of the White House threatened that if the unrest did not stop immediately, he would lead the national guard to the streets of American cities. That is an army. And as luck would have it,, information began to come literally at the same time. It was said that during the dispersal of the demonstrators, the Chicago police, apparently honoring the traditions laid down already in 1886, shot and killed two protesters. In other words, the level of violence is only growing, which means the likelihood that the national guard will be brought to the streets of American cities is clearly different from zero. This is essentially a martial law, which somehow does not particularly contribute to business and investment.

If we ignore the fascinating process of contemplating what is happening in the United States and look at the statistics published yesterday, the morning weakening of the dollar becomes quite logical. Indeed, the index of business activity in the manufacturing sector in Europe grew from 33.4 to 39.4. Apparently, the beginning of the lifting of restrictive measures introduced due to the coronavirus is perceived by European industry as an extremely positive factor. This is not surprising. It’s not clear how and what will happen, but at least it’s clear that enterprises can start working. After the complete shutdown of many enterprises, even this will be perceived with incredible optimism. 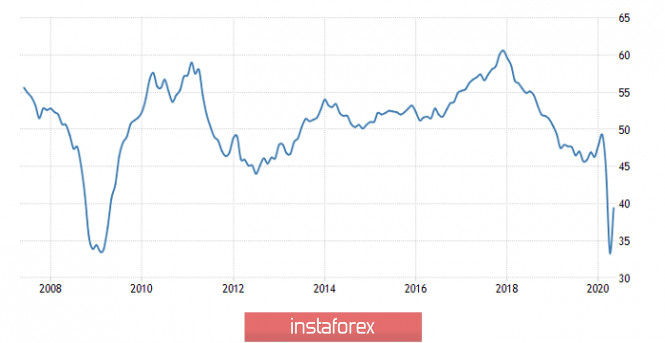 Exactly the same thing happened with the pound, as the index of business activity in the manufacturing sector of the UK rose from 32.6 to 40.7. The reasons for the optimism of industrialists are similar to those on the other side of the English Channel. 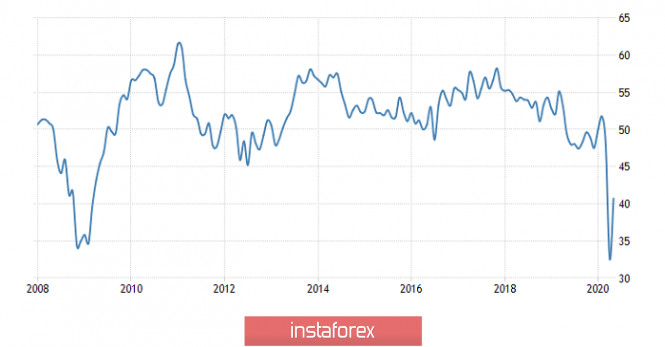 But do not think that only the Old World looks forward to the future with hope. Restrictive measures are gradually easing in the United States as well even if it is haphazard and chaotic. Nevertheless, all of them are still gradually removed. So the business activity index in the manufacturing sector of the United States rose from 36.1 to 39.8 which is not strange, but the dollar immediately began to increase but not too long since Donald Trump began to be scattered with threats. But in all this, the most remarkable is the behavior of the single European currency, which, according to the results of the day, if it grew, it is very insignificant. This indicates a clear oversold of the dollar, which means it has almost nowhere to get cheaper. To do this, you first need a small correction. 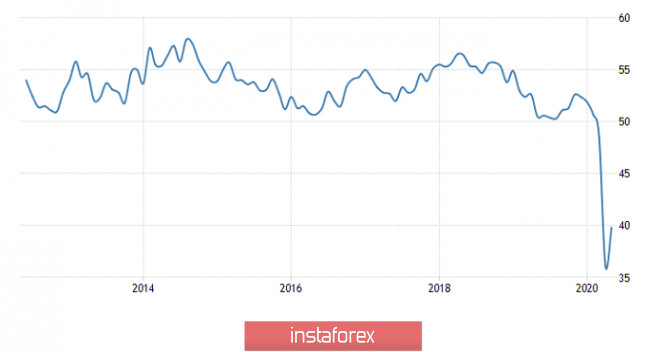 Today, the difficulty is that no macroeconomic data is published in either Europe or the United States. So any messages regarding what is happening on the streets of American cities will be the only thing that market participants can rely on. However, before this, we will have a little warm-up in the form of data on the lending market in the UK, which may contribute to a small correction for the pound, especially since the pound was growing most actively yesterday. So, the number of approved mortgage loans can be as little as 20.0 thousand, which should be the lowest value for the entire period of such statistics. At the moment, the worst result is 26,359 approved mortgages. It was reached in November 2008. Today, this anti-record can be broken; besides, consumer lending should be reduced by another 4.2 billion pounds. But it has already declined by 3.8 billion pounds in the previous month. Thus, there is simply no reason for the pound to be optimistic. 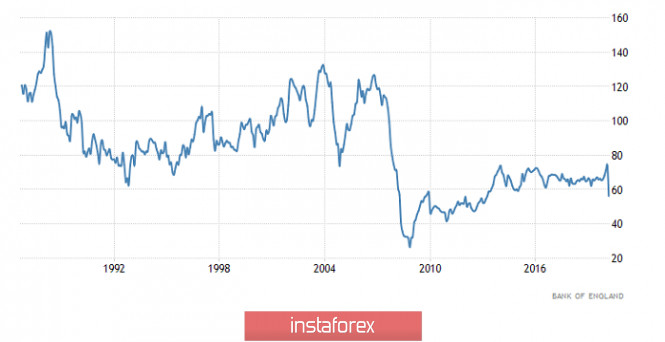 During the intensive upward movement, the euro/dollar currency pair reached a periodic maximum in the face of the value of 1.1150, where it slowed down and formed a stagnation within the boundaries of the amplitude of 1.1100/1.1150. It can be assumed that the fluctuation in the given framework will continue for some time, where the best tactic will be to work on the breakdown of established boundaries. 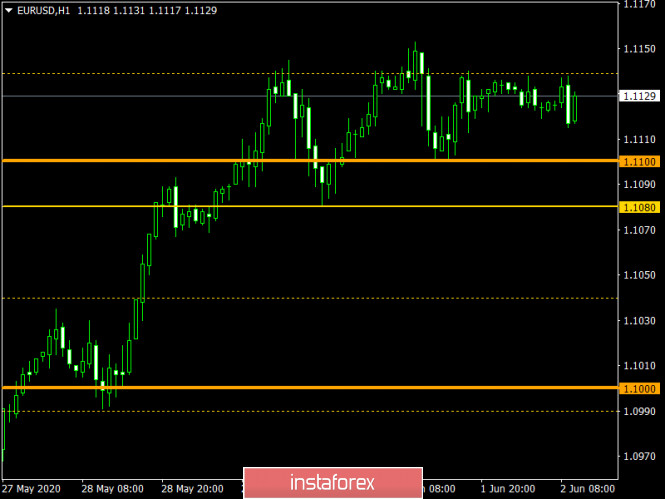 The pound/dollar currency pair updates local highs almost on a daily basis, where it eventually managed to reach a variable level of 1.2500, forming a small stagnation within it. A temporary flaw in the range of 1.2475/1.2550 can be assumed, where if the price is consolidated lower than 1.2470, we can consider a corrective move in the direction of the value of 1.2440 – 1.2400. 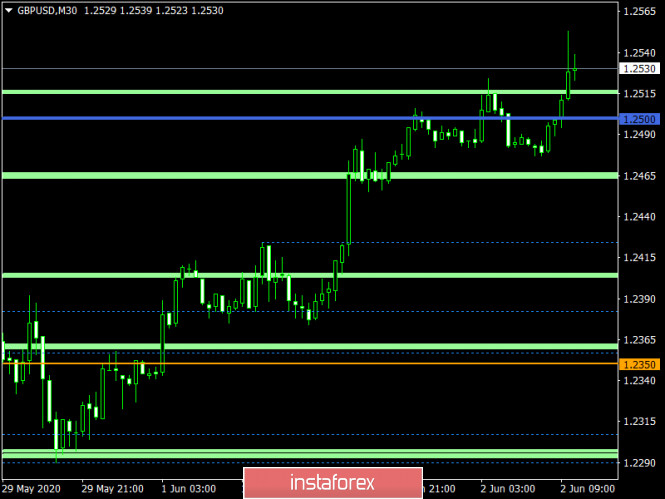